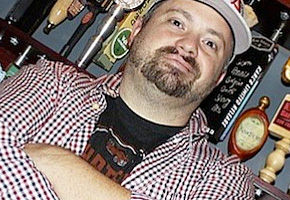 The “SoCal Restaurant Show” was recently in Oceanside, CA on a focused 24-hour marathon food & libation discovery tour coordinated by Visit Oceanside. Our overall observation is that a lot of energetic young chefs are now on the scene there doing very creative things. Access to local farms is an incredible resource and inspiration. In the coming weeks we’ll be highlighting some of our best discoveries.

Urge Gastropub and Whiskey Bank (including a production microbrewery and hidden Prohibition-era Speakeasy) is new on the scene in Oceanside.

Founded in 2015 Urge Gastropub and Whiskey Bank is one of Oceanside’s creative takes on the Modern American locals’ hangout. Satisfying comfort foods, wines and an extensive beer list (including house-brewed styles) are accompanied with an enormous and eclectic selection of the world’s finest Whisk(e)ys. Urge Oceanside is also the home of Mason Ale Works, a production craft brewery.

We’ll savor one of the 250 whiskey options available with Co-Owner Grant Tondro of 3LocalBrothers.