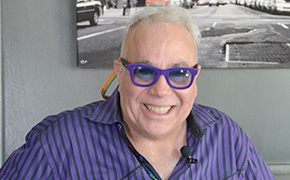 When it comes to personable characters with their own sense of style on the Long Beach dining scene, Rick Reich of Brix at The Shore in Belmont Shore wears the befitting crown. It’s a taste of the Big Apple with its iconic, piled-high pastrami sandwiches, intimate wine bar ambiance and a standout rotating selection of craft beer. It’s all of 65-seats.

Brix at The Shore offers something the area is lacking: a place that caters to Generation X and Baby Boomers where these forty to sixtysomethings can make their own hangout with music from their era, everything from ‘80s alternative to Sinatra; a rotating wine list with an impressive and thoughtful selection of vintages; a collection of taps that pour craft beer; and an intimate environment that provokes casual conversation among its guests.

We pull W.I.N.O Rick out of the kitchen (and from behind the well-stocked bar) to tell us all about it.