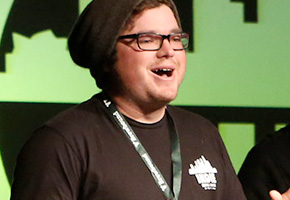 One of the participating craft breweries in Masters of Taste is the Indie Brewing Company, based in Los Angeles. It’s the typical craft brewery start-up tale of four partners leaving safe jobs in geology, advertising and law to create limited production beer. Of course…

“We set out to give L.A. amazing local beer, and the tasting room it so deserves. We dreamt of a casual spot where people could hang out with other beer lovers and watch bands, talk about sports, and maybe even do a little trivia night. No velvet ropes, no guest lists. Our idea of “bottle service”? Having your growler refilled by the guys who brewed the beer.”

“And who are we? We’re 4 guys who met in the strangest of ways over our mutual love of brewing. This love began in 2009 with homebrews in pots on an electric stovetop. The operation grew with time, and eventually, we were using every free minute we had to make beer. We left our “normal” jobs in geology, advertising and law to spend as much time as possible creating pale ales, saisons, porters and more. We want to put L.A. on the map for something other than movie stars and one-word nightclubs. It’s our mission to take L.A.-based craft beers to new heights.”

“But enough about us – let’s talk about you. Whether you’re a USC or a UCLA fan, an electrician or an actor, you need delicious, local craft beers made by guys you can actually talk to. You need a welcoming spot to hang out with your friends and the rest of L.A.’s beer-loving community.”

Co-founder, Connor Forbes, is our guest to tap the keg on Indie Brewing Company.