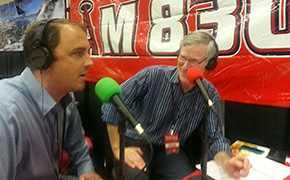 Co-host Andy Harris has a head-scratching airline main cabin food story to share. It’s just for laughs…Frustration and bewilderment with the lack of planning on the part of a major air carrier only goes so far! Other fresh food news of note, too, as time permits.

Late last month Producer Andy was at the Kona, Hawaii Airport about to board his Sunday midday return flight to Los Angeles. He was there for The Big Island Chocolate Festival. It’s a five and one-half hour flight. The flight is completely full. Lots of carry-on items from visitors returning to the Mainland from vacations. When the first boarding announcement is made it comes with an odd disclaimer about the limited availability of food and beverages on the aircraft and what the suggested course of action should be for the surprised passengers. Huh??? Listen to the podcast for the rest of the curious story.