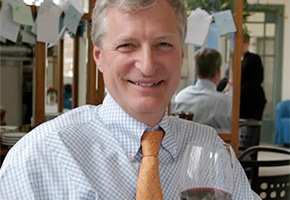 In 1981, Ron and Diane Miller established Silverado Vineyards to make wine from the six historic vineyards of their estate. Napa pioneers first planted these ranches to vines between 1865 and 1895.

Each vineyard played an important role in establishing the reputation of their growing area: Carneros, Coombsville, Yountville, Soda Creek Canyon and Stags Leap District. The beautiful fruit from these six vineyards is the exclusive source of Silverado Vineyards’ Estate and Single Vineyard wines – the Miller family’s highest expression of the Napa Valley they love and admire.

A century later, the Miller family began the journey Stevenson described, establishing Silverado Vineyards in 1981. “It was beautiful land, and it was land that was working,” observed the late Diane Miller of their first vineyards, purchased in the 1970s. Diane and Ron sold their grapes to some of Napa’s best vintners, who made award winning wines from them year after year. Encouraged, they struck out on their own with the goal of making the best wines the estate could produce at a fair price. This has remained the guiding philosophy over the years.

The winery’s name, Silverado, comes from the abandoned mining town at the top of the Napa Valley, where Stevenson stayed so many years ago. It is an appropriate symbol: three generations of the Miller family are still “prospecting” for wine, staying true to the idea of coaxing something precious from the soils we are privileged to care for.