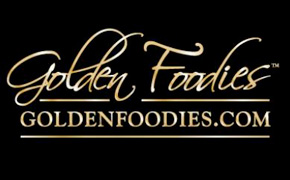 The annual 6th Annual Golden Foodie Awards will be presented in a black-tie gala evening on September 24th in Newport Beach celebrating the very best in dining in Orange County in 15 categories. Voting by the dining public happens in 2, one-week waves starting on Saturday, August 5th.

The Golden Foodies are a People’s Choice Food Awards. The event was created to honor extraordinary culinary talent in Orange County. Food lovers vote during the first 2 weeks of August with the winners being announced at The Golden Foodie Awards Gala at the Newport Beach Marriott Hotel. The event exclusively recognizes chef-driven and independent restaurants.

Food Network’s Simon Majumdar is the Celebrity Host of the festive affair.

Founder Pam Waitt joins us with the details of this year’s voting.

One of the categories being voted on this week is “Favorite Food Influencer in Orange County.” This includes prominent social media opinion makers, journalists and even radio food & restaurant show hosts. Imagine that…? If you enjoy listening to the “SoCal Restaurant Show” every week Chef Andrew & Andy would humbly appreciate your vote by this Friday, August 11th. We have some very formidable competition in this category who are pretty aggressive about campaigning J…Voting is super easy. Thanks.