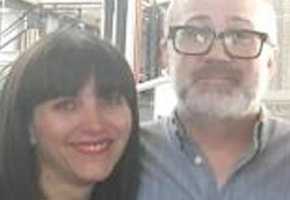 Santa Ana’s The Blinking Owl Distillery is the very first craft distillery in Orange County. The Blinking Owl is one of the first distilleries in the state of California to hold the Type 74 Craft Distillers License allowing them to operate their own tasting room and sell a few bottles there. The Distillery makes Vodka, Gin, several types of Whiskey, and the Scandinavian spirit, Aquavit.

“We are locavores, grain nerds, and control freaks so we decided to actually make our booze the long way: from grain rather than pre-made spirit. We mill it, mash it, ferment it, distill it, and, in the case of whiskey, barrel age it (which means we will not have a 9-year old Bourbon to sell until 9 years from now).”

“The Founder, Brian Christenson, had a bootlegging great-grandfather, Fred P. Armbrust. Fred had a still on his dairy farm hidden in the basement behind secret passageways. He would covertly provide his local farmers with his “good spirits”. Brian’s dream is to carry on Fred’s passion by providing “good spirits” to our very own neighborhood, legally, of course!”

“Brian and Robin Christenson, longtime Santa Ana residents, had heard stories of the midcentury “Blinking Owl Bar” on the corner of Birch and Third Streets, known for an iconic owl sign that would “blink”. Inspired by the craft cocktail movement, the farm-to-table food movement, and current thriving craft distilleries, the husband and wife team saw an opportunity to bring a local distillery to the neighborhood, paying homage to the history of Santa Ana.”

Brian & Robin step out from behind the long bar in their Tasting Room to join us.