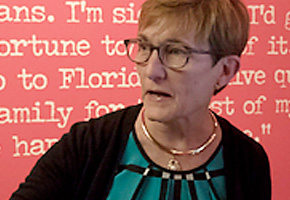 The Mob Museum, the National Museum of Organized Crime and Law Enforcement, is a world-class destination in downtown Las Vegas. It presents an exciting and authentic view of the Mob’s impact on Las Vegas history and its unique imprint on America and the world. With tales so intriguing they need no embellishment, The Mob Museum reveals an insider’s look at the events and people on both sides of this continuing battle between organized crime and law enforcement.

True stories of Mob history are brought to life in a bold and contemporary style via engaging exhibits and multi-sensory experiences. The Mob Museum puts the visitor in the middle of the action through high-tech theater presentations, iconic one-of-a-kind artifacts and interactive, themed environments. The Mob Museum was ranked #20 out of 25 Top U.S. Museums in 2017 by TripAdvisor.

The Mob Museum features a variety of interactive exhibits, films and high-tech audio-visual displays that are periodically updated to reflect new information and acquisitions. Exhibits examine in great depth such topics as how organized crime persists today;  how the Mob is perceived and portrayed in pop culture; how the battle against the Mob was fought with focus on important historic and law enforcement victories; an examination of Mob violence, corruption, conspiracy and murder; notable mobsters and Mob busters; an in-depth look at Las Vegas as the ultimate “open city” that attracted mobsters and how organized crime operated “the skim” inside casinos; and a historic timeline on the birth and evolution of organized crime with a look at its geographic “families” from around the globe.

The centerpiece exhibit of the Museum is the courtroom where the proceedings of the United States Senate Special Committee to Investigate Crime in Interstate Commerce occurred in Las Vegas in 1950. Led by U.S. Senator Estes Kefauver, the hearings sought to expose organized crime.

Coming to The Mob Museum in the 2nd Quarter of 2018 is The Underground. It’s a permanent prohibition history exhibition featuring a working Speakeasy and distillery. Also included is a working craft-brewery. Organized crime syndicates flourished during Prohibition with bootlegging and rum-running.