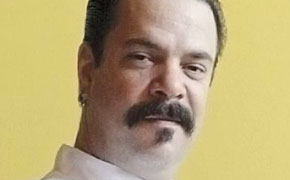 Mike Minor is back as the Executive Chef of Mary Sue Milliken’s and Susan Feniger’s original Border Grill Las Vegas (launched in 1999) located by the lazy river adjacent to Mandalay Beach at the Mandalay Bay Resort on The Strip. Chef Mike grew up in Las Vegas and has a huge locals’ following. We’ll meet him.

This Border Grill is known for their incredible Weekend, all-you-can-enjoy brunch with everything cooked to order. There is also bottomless sparkling wine. Talk about indulgent…It’s Vegas, baby !

Ironically, it was a French restaurant where Chefs Mary Sue Milliken and Susan Feniger first tasted authentic Latin flavors. While guests were dining on escargot out front, in the back of the house Mary Sue and Susan were discovering the home cooking of Oaxaca and the Yucatan at staff meals prepared by their fellow cooks from Mexico. Unlike anything they had ever tasted in Mexican restaurants in the United States, the dishes were as varied and complex as the French fare the chefs were serving out front.

In 1985, Mary Sue and Susan packed a VW bug and took a road trip far south of the Mexican border. Never setting foot in a “fine restaurant,” they learned the recipes and techniques of market vendors and home cooks, from street corners in downtown Mexico City to back road family barbecues and taco stands along the beach. When they returned they opened Border Grill and “applied the same intelligence,” noted Los Angeles Magazine, “to green corn tamales and cactus-paddle tacos that other chefs might to a lobe of foie gras.” Border Grill quickly established a new standard for gourmet Mexican fare.