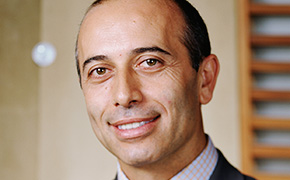 Greatly respected restaurateur Donato Poto, in partnership with Chef Michael Cimarusti, is responsible for the L.A. fine dining treasure, Providence, as well as the more casual Connie & Ted’s (with restaurateur Craig Nickoloff) in West Hollywood. It’s been a busy few weeks for them as they have launched il Pesce Cucina in Eataly in Westfield Century City as well as Best Girl, a 3-meal-a-day restaurant in The Ace Hotel in Downtown Los Angeles.

Headed up by acclaimed L.A. restaurant Providence, Il Pesce Cucina is Eataly’s fish market-inspired restaurant. For more than a decade, the team led by Chef Michael Cimarusti and Donato Poto has worked to elevate the standards of modern American seafood restaurants. At Eataly, Providence highlights the delicious varieties of California’s wild fish in their menus. All of the fresh seafood is responsibly sourced, with a particular focus on wild-caught and raw options that promise to satisfy every taste.

For now tables (including patio seating with prime views of the Hollywood Hills and Century City) are available on a first-come, first-served basis; il Pesce Cucina does not accept reservations. If you’re going to be doing some shopping at Eataly a good tip is put your name in at il Pesce first.

“Providence, a restaurant with two Michelin stars, has defined a new standard of seafood cuisine in America. Led by Chef Michael Cimarusti and co-owner Donato Poto, this signature L.A. restaurant found its roots in the search for sustainable fish, wild caught and of the finest quality. Ingredients are treated with the greatest respect and technique, with the goal of bringing the freshest seafood flavors to your table. Eataly partners with Providence at Il Pesce Cucina because we believe in the same emphasis on ingredients and search for quality.”

We’ll get the full, mouthwatering briefing from Donato.