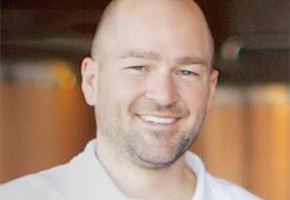 Surprisingly craft beer is still a bit of a novelty in Mexico due to some odd distribution regulations. Fortunately (due to very hard work among dedicated & patient beer aficionados) these archaic regulations have been relaxed in the last few years and local craft beers can now reach restaurants and bars. In Sunny Puerto Vallarta the first craft brewery and brewpub to gain traction is the growing Los Muertos Brewery.

“For years during the proliferation of tourism in Mexican beach destinations like Puerto Vallarta the beer scene was completely dominated by smooth drinking Mexican lagers. As demonstrated by every Corona commercial ever this is great for sitting on a beach. To this day many tourists think of a “local” Mexican beers as Corona, Pacifico, or Dos Equis XX. But as a growing number of beer drinkers are pushing craft tastes into the mainstream these standard macro beers definitely leave many connoisseurs wanting more. Upon relocating full time to Puerto Vallarta, the founders of Los Muertos could not have agreed more. Driven by the thirst for flavorful varieties of beer, bringing Vallarta its first craft brewery became their dream.”

Los Muertos Brewery has become a popular destination for locals, visitors from other parts of Mexico, South America and the US, as well as American ex-pats now living in Vallarta.

Expansion is on the way. A new building a few doors away from the existing brewery restaurant has been secured. It will be expanded brewing capacity alongside a different food concept. Stay tuned…

We’ll enjoy a cold one with founder & restaurateur Conner Watts.