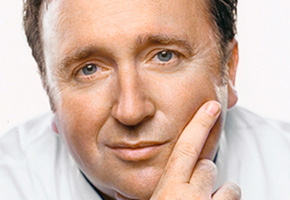 The globetrotting Chef Bernard Guillas is the long-time, beloved Executive Chef of the La Jolla Beach & Tennis Club and The Marine Room (oceanfront) in La Jolla. He’s also San Diego’s energetic culinary ambassador to the World. He just back from the 10th Annual Cayman Cookout with Le Bernardin’s Eric Ripert.

Since 1941, one symbol has stood for the most exquisite dining experience in San Diego. The Seahorse symbol of The Marine Room.

“During this time, The Marine Room has earned countless accolades. Renown critics have described its privileged setting on La Jolla’s finest beach and the thrill of being “eye-level” with the crashing surf at high tide. The culinary artistry of Executive Chef Bernard Guillas and Chef de Cuisine Ron Oliver has been called “world-class” for its devotion to fresh seafood, seasonal variety, hand-selected local ingredients and award-winning desserts. Others have defined the experience as “sophistication with a sense of delight.” But our greatest satisfaction comes simply from serving our guests – who come to celebrate the joy of life with good company, a perfectly-prepared meal, and a golden Pacific sunset to call their own.”