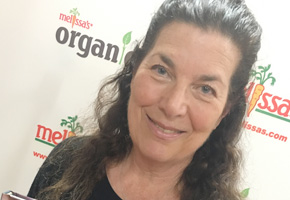 Food journalist and author Karen Kaplan has just launched her first solo cookbook, Open Faced: Single-Slice Sandwiches from Around the World, published by Gibbs Smith. In this concise yet comprehensive volume she shares her passion for open-faced sandwiches in authoritative text filled with history, lore, anecdotes and tips, and 65 no-fail international recipes, each with its own wine or spirit pairing suggestion.

There are tartines of France, bruschette and crostini of Italy, montaditos and tomato toasts of Spain, smorrebrod of Scandinavia, butterbrote of Germany, butterbrodi of Russia,molletes of Mexico as well as sandwiches and toasts of Britain and the U.S.  There are traditional recipes, reinterpretations of classics, and original creations based on the flavors, ingredients and/or specialties associated with the country at hand.

Each recipe reflects the taste and spirit of its place of origin, yet is perfectly translated for the way we cook and eat in America today.

This is an indispensable little cookbook for those who love single-slice sandwiches as much as Karen does, and for those who would like to learn more about this unique food trend-one that has a storied global gastronomic past, and an increasingly popular place in today’s culinary vernacular. Some of the recipes are rustic and some refined, some simple and some sophisticated, but all are easy to make and ideal for weekday cooking or weekend entertaining.

Karen Kaplan is a freelance writer, editor, translator and recipe developer. She was on staff at Bon Appétit Magazine for twenty years and concurrently was the restaurant critic for the LAWeekly for seven years and the host and producer of The Audible Feast on KCRW radio station for seven years. She was also a consultant for culinary websites and food-based reality television shows, a contributor to food and travel magazines and newspaper sections, and was a writer, editor, translator and recipe editor for many cookbooks.

She holds Le Grand Diplômed’EtudesCulinaires from La VarenneEcole de Cuisine, has a B.A. in Comparative Literature and taught at USC and UCLA. She lives in Studio City, California.