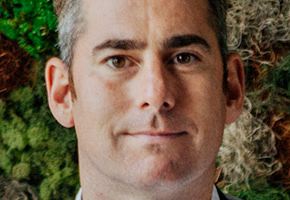 The Kali Kollaboration is Kali’s owner/chef Kevin Meehan’s monthly dinner series where he invites 3 to 4 prominent L.A. chefs to have a night of fun with him preparing a special menu for guests at Kali. Next up is April 10th with “SoCal Restaurant Show” chef friends Antonio Lofaso and Ted Hopson along with Phillip Franklind Lee & Margarita Kallas-Lee.

“We created the Kali Kollaboration Dinner Series to celebrate our talented culinary community by bringing chefs together for a fun night of great food, drinks, and camaraderie and to share this with our guests. On Tuesday evening, April 10th a special five course menu will be offered for $95 or $125 with wine pairing.”

“With the opening of Kali Restaurant a bit over 2-years ago, Chef Kevin Meehan’s broad 23-year culinary career reached its apex. At Kali, Meehan, whose deft hand was cultivated in Los Angeles’ most prestigious kitchens, joins forces with long-time friend and professional colleague, Drew Langley, previously the wine director at the iconic, Michelin-starred Providence.”

“For the 40-year-old Meehan, Kali represents the evolution of not just Kali Dining, his roving private dinner pop-up, but the rigorous years he spent refining his craft. The contemporary California restaurant blends the precision and hospitality of the white tablecloth kitchens where Meehan developed his culinary acumen, with the accessibility and ease of a local’s favorite neighborhood haunt.”

In Chef Kevin’s spare time he’s a small, urban Farmer. We’ll let him explain this unusual aspect of sourcing some of his fresh produce for the restaurant.…

Chefs Kevin Meehan and Ted Hopson join us to explain what is on the menu.