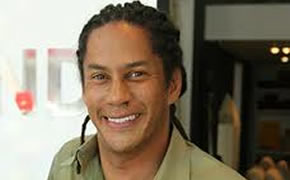 The Lobster is the long-running, fine-dining restaurant located on the land side of the landmark Santa Monica Pier. Recently installed there as executive chef is culinary celebrity Govind Armstrong.

Situated at the corner of Ocean Boulevard and the Santa Monica Pier, The Lobster seafood restaurant is an internationally recognized dining destination that is as much a part of Santa Monica’s history as the pier itself. Originally opened in 1923, it wasn’t until dishwasher-turned-owner, Mateo Castillo took the helm in 1950 that The Lobster became the quintessential “seafood shack,” so beloved by LA residents and tourists alike throughout the 1950’s, 60’s and 70’s.

The Lobster shut its doors for several years in the 1980’s and 90’s, before again being reinvented, expanded and reopened by a family of new investors in 1999. While the original structure was incorporated into the new building’s main entrance, The Lobster as it stands today is a modernly appointed, two-story cantilevered building with glass walls and seating for hundreds.

Chef Govind Armstrong comes to The Lobster with a background that includes training in some of the most famous restaurants in the world. California-born, raised in Costa Rica, and educated in Los Angeles and Europe under culinary legends including Wolfgang Puck, Mark Peel and Susan Feniger, Chef Govind is a master of California Cuisine. As an advocate for food sustainability, Chef Govind is committed to serving dishes that are crafted with only the freshest, locally sourced, and responsibly farmed ingredients.

Chef Govind’s menu takes the seafood dishes at The Lobster in a culinary direction that is sophisticated, yet approachable. With the focus on flavor and a perfect balance of taste and texture, his dishes are updated daily to account for ingredient availability, quality and creative license.

Of course the grilled and butterflied Maine lobster is a standout!

Chef Govind joins us along with the new General Manager, hospitality veteran Will Holt.