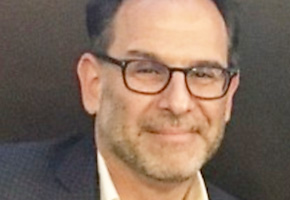 If you’re at all fascinated by the story of how American restaurant chefs in the 1970s and 1980s became celebrities then you’ll want to grab food journalist Andrew Friedman’s well-researched, new tome, Chefs, Drugs and Rock & Roll: How Food Lovers, Free Spirits, Misfits and Wanderers Created a New American Profession. It’s a genuine page turner for foodies.

The book transports readers back in time to witness the remarkable evolution of the American restaurant chef in the 1970s and 1980s – from the pioneers behind Chez Panisse, Spago, and other landmarks to the young cooks like Tom Colicchio and Bobby Flay who went on to become household names.

“Told largely in the words of the people who lived it – from writers like Ruth Reichl to chefs like Jeremiah Tower and Jonathan Waxman – Chefs, Drugs and Rock & Roll treats readers to an unparalleled 360-degree re-creation of the industry and the times through the perspectives not only of the groundbreaking chefs but also of line cooks, front-of-house personnel, investors, and critics who had front-row seats to this extraordinary transformation.”