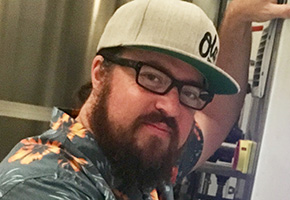 The newest craft brewery on the Big Island of Hawaii is the community focused, Ola Brew. Unusually it was partially crowd-funded to launch and also just completed its 2nd round of crowd-funding to expand brewing capacity and build an on-site kitchen. Ola Brew’s world class beers and ciders are made from island-sourced ingredients.

“Did you know that a) More than half of the tropical fruit grown in Hawai’i falls to the ground and never makes it to market; b) U.S. demand for craft alcohols has doubled in the last 5 years, and c) Most beer and cider consumed in Hawai’i is imported? Our conclusion: it’s time Hawai’i County had its own brewery designed to turn the state’s abundance of produce into revenue for local farmers. And as the experienced beverage entrepreneurs who started Hawaiian Ola, we are the best team to do it.”

General Manager Shawn O’Shaughnessy taps the keg for us.