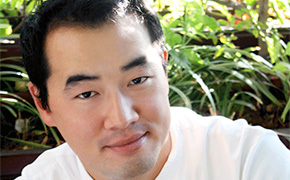 After four centuries in Japan and almost four decades in the United States, CHAYA continues to transcend convention between Japanese and American dining, inviting guests to discover innovative Japanese-Californian cuisine along with an unprecedented new beverage program as the CHAYA Restaurant Group has now officially transitioned the 28-year-old Chaya Venice into CHAYA Modern Izakaya.

With roots deeply planted in over 400 years of Japanese history, CHAYA originally evolved from a beloved teahouse in Japan in the 17th century, then to an imperial summer villa in Japan in the 19th century. In the early 20th century CHAYA Japan became a landmark dining destination known for providing exquisite service and catering to the royal court and Japanese government officials, to then landing in Los Angeles in the 1980s, ultimately becoming a pioneer of fusion cuisine by introducing the revolutionary combination of French and Japanese ingredients and culinary techniques, while catering to many loyal guests for almost 40 years, including artists, actors, titans of industry, and foodists alike.

“CHAYA has existed in some incarnation or another for the last four-hundred plus years, as long as the earliest izakaya. Part of the essential CHAYA DNA is adaptability and fusion, and CHAYA Modern Izakaya bridges the past with the present, while allowing CHAYA to move forward into the future pioneering a marriage between Japanese and Western traditions, fresh ingredients, and contemporary culinary techniques,” says Owner and President Yuta Tsunoda.

Owner & President Yuta Tsunoda has all the intriguing details.