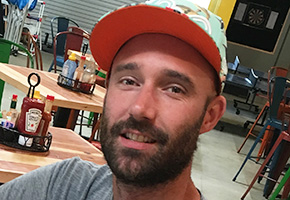 The appealing Pub menus also offer Vegan options. This was a tradition going back to Golden Road’s Co-Founder, Tony Yanow, an experienced restaurateur who has since returned to growing his hospitality enterprise.