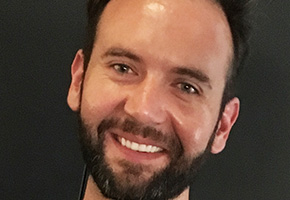 Viceland’s “Beerland” just concluded its third season of 6 new episodes. This Season Megan Gill, Golden Road Brewing’s Co-Founder, traveled to New Orleans, Canada, San Diego, Pittsburgh and West Texas to find the best-of-the-best home brewers in each area. Then, in the Finale at Golden Road’s production brewery in Anaheim, a team of distinguished judges and Meg tasted the five styles and then decided the winner from among the five geographic finalists.

We’re chatting with a member of winning home brewers’ team, Mark Oberle. Also joining in the conversation is their Beekeeper, Andrew Segina. Their local honey was an integral part of their winning brew.

100 barrels of their winning style, Brother’s Brood Milk Porter Braggot, were brewed for distribution by Golden Road festively packaged in a special and colorful 19.2 ounce can. Braggot is made with 50% honey and 50 % malt. The winning recipe is by Mark Oberle and John Botica.

Brother’s Brood Milk Porter Braggot is available on draft and to take-home in cans at Golden Road Pub OC, the location of this live broadcast.

In case you missed it The Finale of Season 3 of Beerland is available for viewing via streaming for free.

Mark’s unusual day job is as Owner & Meadmaker at San Diego’s Meadiocrity, one of San Diego’s first meaderies. We’ll have them back to concentrate on Mead.