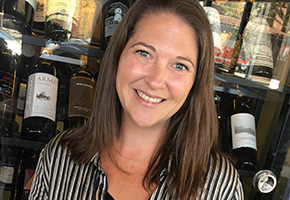 Turtle Rock Vineyards is a small, proudly family -owned winery located in Paso Robles founded by Don & Claudia Burns. “Our winemaking philosophy is simple, you can’t make great wine without great fruit. We source our fruit from some of the finest vineyards in the Templeton Gap area of Paso Robles. Through sustainable farming practices, low yields, and harvesting at optimal ripeness, we are able to make wines with both intensity and balance. We hope these wines reflect the beauty of the wonderful places these grapes are grown as well as the people who nurture them.”

“Turtle Rock Vineyards began because of Don’s love for the area where he grew up. He moved to a small property on Willow Creek Road when he was 12. The property was nestled in the Templeton Gap at 1150 feet of elevation and owned by his uncle, Tom Westberg. Realizing the potential of the property Tom planted almost 4 acres of vines, mostly Zinfandel, in the mid-eighties. Don graduated from Mission High School then moved on to Ag Business at Cal Poly. Needing a change, Don knew he wanted leave the small town of Templeton and see what else was out there.”

“In 1999 he began a two -year sailboat trip through Central America that ended in Palm Beach, FL. There, Don began working at Ruth’s Chris Steakhouse where his love of wine was sparked again. With access to wine from all over the world, his fondness for the Rhone Valley began to emerge. Don would come back many harvests and work alongside of his longtime friend, Justin Smith of Saxum. He knew it was only a matter of time before he would return home.”

“It took him a little longer than he thought because he met the love of his life Claudia. Soon there was a beautiful beach wedding and the birth of their pride and joy Willow. In June 2008 it was finally time to return home. After a two- week cross country adventure with their six- month old baby girl and 15-year old dog, they arrived in Paso Robles. It was then that Tom and his wife Peggy gave Don an amazing opportunity. He was able to bring the small family vineyard back to life and reintroduce the family label, Westberg Cellars. With guidance from Tom, they opened a tasting room in a small barn on the Westberg property and poured primarily Zinfandel, Sangiovese and Chardonnay.”

“When Don was not working on the Westberg property he was next door interning with Justin Smith. That time solidified his decision on the kind of wine he wanted to make. Because the Rhone varietals were so different from the Westberg label he knew they had to come up with a new brand. Don and Claudia thought about it a lot. One day at the tasting room there was an “Aha” moment when Willow was playing with one of the farm dogs sitting on a “turtle rock”. It was a big calcareous limestone rock pulled from the Westberg vineyard years ago. Over time the rocks wear down and look like the back of a turtle shell. That was it, Turtle Rock was born…”

Claudia Burns uncorks it all for us.