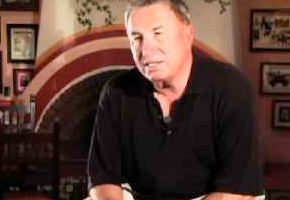 Since first opening its doors in 1923, El Cholo has operated as a family-owned business and today, the restaurants are run by Ron Salisbury, grandson of the founders, together with fourth, fifth and sixth generation family members. El Cholo’s legacy lies in its steadfast commitment to quality ingredients, long family history, loyal employees and devoted clientele.

“Growing up it was always interesting to see the diversity of Angelenos that came into the restaurant. Our food is what set us apart and everyone wanted a bite of it,” said owner Ron Salisbury. “By staying true to our original recipes, we have not only made it to 95 years, but we have also grown from one restaurant to six.”

Among the many fun facts from the rich history of El Cholo is the popularization of “Nachos” in the West. This popular snack actually originated in Arizona and not Mexico as commonly thought. We’ll hear the story…

3rd generation Family Patriarch, Senor Ron Salisbury (“Grandson of The Founder”,) is our guest with all the celebratory details.