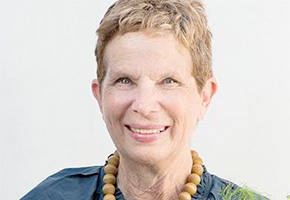 The Urban Forager by Elisa Callow showcases one of California’s richest and most rapidly expanding culinary cultures : the Eastside of Los Angeles.

“When visitors to Los Angeles think of food in the city, they think Beverly Hills, Santa Monica, Hollywood, and Malibu…the Westside of town. But author and arts educator Elisa Callow spent years exploring the communities in her neighborhood on the Eastside of Los Angeles and learning about the chefs and stores in little-known areas that no one was talking about. She put all that love and research together in her new cookbook, The Urban Forager: Culinary Exploring & Cooking on L.A.’s Eastside (Prospect Park Books/Hardcover)”

“Los Angeles has an unending number of flavors, culture, and food possibilities—many of which are tucked within the checkerboard of neighborhoods on the city’s Eastside,” explains Elisa Callow. “I realized that to even begin to appreciate the various cuisines emerging and flourishing in Los Angeles requires time, respect, and attention. My urban foraging adventure yielded a deeper connection with the communities I explored—one of the most gratifying outcomes of my obsession. The chefs, cooks, and stores owners I met and include in this book offer a hint of the variety of delicious and unique food representing the diverse communities of L.A.’s Eastside.”

“Part cookbook, part guide to foraging the best L.A. has to offer, The Urban Forager is a compelling bridge to the unfamiliar, inspiring readers to enrich their culinary repertoire by foraging in own their communities.”

Elisa is performing a cooking demonstration and book signing at the Los Angeles Times Festival of Books on the campus of the University of Southern California on Sunday, April 14th @ 11:00 a.m. on the Cooking Demonstration Stage.