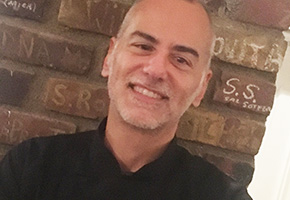 “Chef Kastel has put a modern spin on the kosher dairy menu, peppering the menu with entirely new items and updating many of Ms. Adler’s original family recipes with a new twist to create a menu that has a global appeal, both for the international Jewish community and the general public alike. All dishes are made using the freshest, locally sourced ingredients, and diners can expect the menu to shift quarterly for seasonality, including a selection of seasonal fish. The new menu will now feature The Impossible CheeseburgerTM with lettuce, tomato, onion, pickles, American cheese and thousand island on a sesame seed bun, served with fries; the Famous Fish Chowder with halibut, Yukon potatoes, onions, celery and leeks, available daily; as well as the Cajun Pacific Snapper, with blackening spices and pineapple salsa, served alongside assorted seasonal vegetables.”

“Some of Ms. Adler’s original recipes have also been elevated with a modern spin. Signature dishes include Leah’s Cheese Blintzes served with strawberry preserves and sour cream; Salmon Puffs – a long-time, much loved signature dish, featuring crispy pocket, cream cheese, scallions and herbs – and the Potato Latkes with house-made apple compote and sour cream. Additional dishes not to be missed include the Eggplant Parmesan with marinara sauce, mozzarella, parmesan and basil; the Ahi Tuna Burger with red bell peppers, ginger, scallions, lettuce, tomatoes, pickles and sriracha aioli, served on a sesame seed bun; and the Trout Amandine, with a panko crust, toasted almonds and tartar sauce paired with seasonal vegetables.”

“Dessert features Leah’s Classic Cheesecake – another original – as well as the new Apple Dream Pie, with a filling featuring crushed floral pink peppercorn and inspired in part by a dream Nancy Spielberg had of her mother. The restaurant also serves kosher wine by the glass or by the bottle, as well as a selection of bottled beer.”

“While there is much to celebrate with the new Milky Way, what hasn’t changed is the attitude of the restaurant. Leah Adler is still in the room – her life and spirit preserved in the photos, posters and tchotchkes that carefully speak to her legacy – supported by food and wine that is still kosher, delicious and accessible. This is, after all, a neighborhood kosher restaurant servicing the community with class and style.”