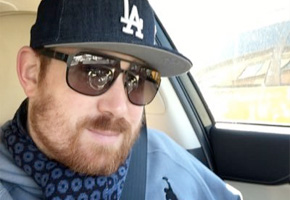 Sommelier Matthew Kaner is a partner in some of the best wine bars (Good Measure) in Southern California. He also represents Codorniu-Raventos, the producer of some of Spain’s most respected sparkling wines including the Ars Collecta Cavas. Matthew recently conducted a masterclass on Cavas Codorniu for somms and wine retailers in West Hollywood.

Three of the Ars Collecta wines were among the first 12 single-estate Cavas designated by the Spanish Minister for Agriculture for the Cava de Paraje Calificado designation. The Cava de Paraje Calificado designation is, as of July 2017, a new distinction which sets requirements, characteristics and quality control standards that certify the excellence of Spain’s best premium Cavas.

The ambitious Ars Collecta project also created the 457 – the world’s most expensive Cava. 457, the masterpiece of the Ars Collecta collection is a cava that pays homage to the 457 harvests completed by the Codorníu Estate.

“The Codorníu Raventós Group is the oldest family business in Spain and one of the oldest of the world, in addition to being the business group which created cava. With vineyards in our property since 1551, we are proud to say that we have more than 450 years of experience in the manufacture of quality wines and cavas. We currently have ten wineries, eight of which are in Spain (Bilbaínas, Legaris, Scala Dei, Raimat, Bach, Nuviana, Abadía de Poblet, and Codorníu Wineries), one in Napa Valley in California (Artesa) and another in Mendoza, Argentina (Séptima).”

We’ll artfully pop the bubbly cork with him.