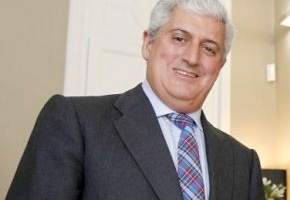 The internationally recognized wines of Spain’s Abadía Retuerta have enjoyed three consecutive years in the top 100 wines of the world, according to the preeminent authority, Wine Spectator. While wines were produced on the estate centuries ago, the current winery is only two-and-a-half decades old and is known for its award-winning single terroir wines.

“There are 54 vine plots each with very distinct characteristics, each analysed, controlled, worked, vinified and tasted separately. Each terroir is planted with a single varietal or grape variety. The planting is 70% Tempranillo grapes, 10% Cabernet Sauvignon, 10% Syrah, with the remaining 10% divided between Merlot and Petit Verdot (an innovation used to make a single-varietal wine).”

“The winery’s gold-standard wine is the Selección Especial, which reflects the essence of the estate – 75% Tempranillo, 20% Cabernet Sauvignon and 5% Merlot. Proof of its superb quality, the 2001 Selección Especial was awarded “Best Red Wine in the World – Red Wine Trophy” in 2005 by London’s prestigious International Wine Challenge competition. In addition, Selección Especial is the first Spanish wine to be included for three consecutive years on the list of the 100 Best Wines in the World, which has been published annually since 1988 by Wine Spectator magazine.”

Under a vaulted ceiling of pure Gothic style at LeDomaine, framed by thick stone walls and anchored by a 17th-century fresco of The Last Supper, the Refectorio is a sanctuary of haute cuisine with one Michelin Star, maintained since 2014. Executive Chef Marc Segarra prepares innovative and seasonal gastronomic fare in the contemporary kitchen, using the freshest local ingredients procured from specialty local suppliers as well as LeDomaine’s own fields.

In addition to the Refectorio, located in the abbey’s former refectory, guests dine on specialty dishes, tapas and small plates in the Vinoteca restaurant with a wine-cellar atmosphere, and al fresco on seasonal dishes in spring and summer in the Jardin del Cloustro and at the Pool Bar. Abadía Retuerta LeDomaine uses the resources from the estate to produce specially Crafted Spanish Foods: wine salt, pine nuts and honey.

Enrique Valero, both the winery’s and hotel’s accomplished General Manager joins us on the long-distance line from Spain.