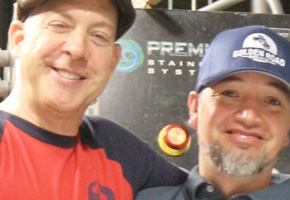 Major League Baseball season is on the horizon (The Angels open on-the-road in Oakland on March 28th) and we’re thirsty. What’s better than a grilled hot dog and a craft beer at the ballpark (particularly if it’s at Angel Stadium.) Time for a chat with the brewers from Golden Road Brewing Co. We’re joined by Brewmaster Victor Novak and Anaheim Head Brewer Steven Torres.

First Steven updates us on the small batch of Rose’ Beer he was finishing and about to release from the last segment.

We’re talking about alcohol levels in beer. What’s the range and what is allowable? How does the alcohol level impact the flavor profile? Alcohol levels by State and California is in a league of its own. We’ll find out…