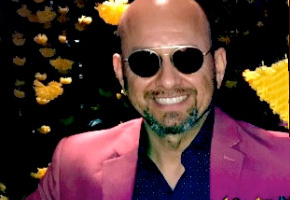 Pasadena’s The Pizza Plant (under a year old) is a 100 percent plant-based producer of a variety of artisanal pan style and thin crust pizzas. They operate the first custom made, 100 percent organic, plant-based pizza truck in the United States. Also, a brick-and-mortar, fast casual restaurant in an unusual virtual food court (Kitchen United.) “Life is Delicious.”

The Founder lives a plant-based nutritional life and established the enterprise because he found that a delicious, nutrient dense, made-from-scratch, organic pizza made exclusively from plants did not exist.

The Pizza Plant crusts are made-from- scratch using 100 percent organic ingredients which includes a proprietary blend of rye flour and double zero flour. The dough is fermented for 72 hours which makes it easier to digest and more nutrient rich than traditional pizza crusts.

For the upcoming Masters of Taste Benefit on Sunday afternoon, April 7th at the Rose Bowl, The Pizza Plant will be serving their Green Goddess and The Sink Not Included creations.

Rolling the from-scratch dough out for us is Co-Founder, Marvin Acuna.