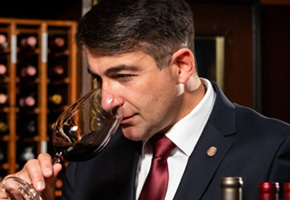 For enthusiasts of Japanese beer, sake and sushi, a new festival comes to the calendar in April at Pechanga Resort Casino. The inaugural Pechanga Sake & Beer Festival takes over the Pechanga Summit Events Center on Saturday, April 20 from 1 p.m. to 3 p.m. with VIP entry at 12 p.m. Proceeds benefit Habitat for Humanity Inland Valley.

More than 40 premium sakes (daiginjo, ginjo, junmai and sparkling) including many award-winning brands and styles from all over Japan will be poured alongside Japanese beers. Brews include premium beers, reserve, super dry (European style) and black beers from the island nation. Guests can learn about sakes’ flavors and production styles from experts – the brewers themselves and those close to the brewing process. Pechanga chefs get rolled up in the festival as they prepare fresh sushi to pair with the sake and beer selections.

Tickets are now on sale and available at Pechanga’s website, by calling (877) 711-2946 or at the Pechanga Box Office. General admission tickets are $75 and include a keepsake sake sampling cup. VIP tickets are $150 and include early entry at 12 p.m. and a wooden sake holder and cup. Tickets include unlimited samples of sake, beer and sushi. Guests must be 21 or older to attend.

The festival’s idea sprang from the popularity of beer and sake within Southern California, as well as the continued rise of sushi as a mainstay of sought-after fare in America. The 2nd place win for Pechanga’s Umi Sushi & Oyster Bar in USA Today’s Best Casino Restaurant readers’ poll also helped cement the festival’s possibility at the Temecula resort/casino.