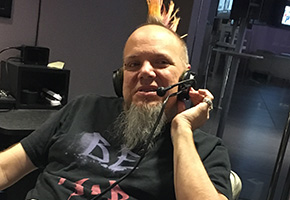 One of our most reliable sources of primo restaurant news in Las Vegas is Al Mancini, who is a staff writer for The Las Vegas Review-Journal covering food, restaurants and other aspects of entertainment. Al has been working the Vegas food scene since 2003. He was one of the creators of the popular, and widely referenced, Eating Las Vegas restaurant guide series. Al joins us for his observations on Vegas Uncork’d, Vegas Unstripped and worthy dining happenings about the town.

“Al Mancini is a graduate of Seton Hall University and Brooklyn Law School, who began his career in journalism as a music reporter for ABC News Radio in 1996. He moved to Las Vegas to cover Southern Nevada for the network in 2001, and has covered the local dining scene for numerous publications since 2003. Al joined the Review-Journal in 2016.”