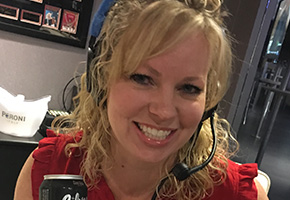 The CraftHaus Brewery team is not only passionate about craft beer, but also sharing it with their Las Vegas community. They were established in Henderson is 2014.

“Co-owners and married couple, Wyndee and Dave Forrest, conjured up the big idea for CraftHaus Brewery while traveling through Europe. They noticed that they were immersed in a craft beer culture where people take their time to enjoy quality beer just as much as they enjoy talking to the people around them.” Now, they have brought that effervescent culture back home and continue to build their Las Vegas community one refreshing pint at a time.

Along the way Wyndee and Dave were successful in changing city licensing to a more modern, craft friendly license. Dave’s craft beer roots started with a passion for homebrewing and bringing people together around a beer or two. Wyndee’s background is in working as a publicist on the famed Las Vegas Strip. They are both University of Nevada, Las Vegas graduates.

CraftHaus Brewery is part of Saturday night’s “A Smokin’ Good Time with Susan Feniger” at Border Grill Mandalay Bay as an event for Vegas Uncork’d. Among the thirst-quenching styles served will be one created just for the festivities, Blood Orange Pale Ale.

In other CraftHaus Brewery news they will soon be opening a 2nd tasting roomlocated right across the street from Chef James Trees’ Esther’s Kitchen in the Arts District of Downtown Las Vegas.

Wyndee taps the keg for us.