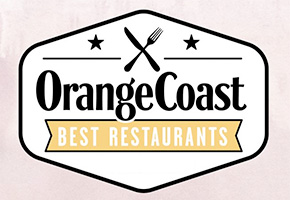 ‘Eat, write, repeat’ summarizes the notable career of Gretchen Kurz, who is Contributing Editor at Orange Coast Magazine and its Dining Critic since 2004. She was also the Zagat Local Editor for Orange County for 13 years. A native of southern California, she first fell under the spell of restaurant writing as a journalism student and freelancer for San Jose Magazine. Her very first writing gig: sewing names on mouse ear hats at Disneyland.