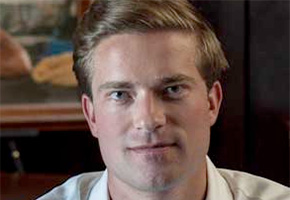 There are bar-b-que styles represented at Babe’s from every part of the United States and abroad, from the great state of Texas to Korea. The secret is perhaps Babe’s smoking process. It differs from the conventional barbecue restaurants that typically rely on heavy sauces or rubs to flavor the meat. All the sauces and rubs are house-made.

New at Babe’s is the release of 3 styles of their award-winning craft beers (Honey Blonde, Palm Springs IPA & Blackfin Lager) in 16 – ounce cans with eye-catching watercolor artwork labels by Lynn Knowles (who had a long history with founder Don Callender.)

Second generation proprietor Lucky Callender taps the keg for us.