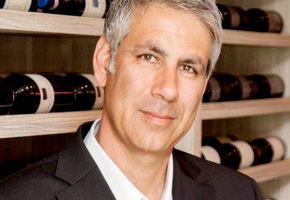 “Our appetite for an exceptional dining experience is rooted deep in our passion for extraordinary culinary creations and exemplified in our award-wining service and ambiance. From our friendly bartenders, vibrant ambiance, outgoing wait staff, and incredible menu, our guests are always embraced in a comforting fashion. And on any given night you can always find owner David Hanna mingling among guests and ensuring that every detail of their experience at Hanna’s is (hopefully) nothing short of extraordinary.​”

“Dave Hanna’s passion for food and hospitality is deeply rooted in family tradition. The Hanna family’s culinary connection began with owner David Hanna’s grandfather who served as a cook in the US Army during World War I. After his service, David’s Grandfather expanded his love for the culinary arts with the opening of his own restaurant in Western Pennsylvania called The Lone Star – the first of many restaurants opened by the Hanna family.” ​

“Following in his grandfather’s footsteps, David Hanna established the first coffee house in Rancho Santa Margarita called Haute Caffé and opened a second location quickly after. Both shops eventually sold in 1997 and, after taking several years to recharge, David decided to venture back into the hospitality scene in 2005 with the opening of Hanna’s Restaurant and Bar.”

“Hanna’s believes the essence of life is sharing meals and cherishing time with one another. Hanna’s aims to foster a connective experience with service that is based on the art of hospitality. We believe in a commitment to excellence from how we source our food to training our gold standard team.”