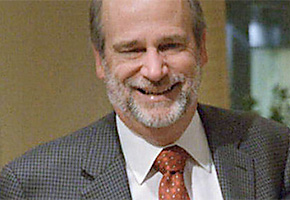 Cakebread Cellars in Rutherford, Napa Valley, has been a pioneering and prominent California winery since 1973. A newer venture for Cakebread is Mullan Road Cellars of Walla Walla in Washington State producing Bordeaux blends. The first release was in 2012.

“Bruce Cakebread, representing the 2nd generation of Family ownership, has worked alongside his father since the founding of the family winery in 1973. He officially joined the winery in 1977, and after graduating with a degree in Viticulture and Enology from the University of California at Davis, in 1979 he took over as winemaker, overseeing all vineyard and cellar operations for the next twenty years. In 2002, Bruce became the winery’s President and Chief Operations Officer, also leading international distribution efforts, and today he serves as co-owner and a board member.”

“We are very fortunate to have an excellent collection of vineyards as well as long-term relationships with some of the best growers in Napa Valley,” says Bruce. “Great vineyards, plus the fact that we’ve had only four winemakers over the past forty-five years (Jack, myself, Julianne Laks, and now Stephanie Jacobs), have allowed us to produce world-class wines of extraordinarily consistent quality and style.”

Bruce Cakebread joins us to pull the cork on Cakebread Cellars.