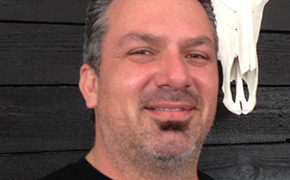 Located in Long Beach’s Belmont Heights, Panxa Cocina is a purveyor of modern Latin cuisine from the esteemed Chef / Proprietor Arthur Gonzalez. Panxa Cocina opened in December 2014 and is located on the corner of Broadway and Termino in the Belmont Heights neighborhood of Long Beach. Since opening, Chef Gonzalez has been serving both quality interpretations of classic dishes and daring new ventures into the uncharted territories of food.

“Panxa Cocina was born out of a lifetime of love for Latin cuisine and a desire to support locally sourced foods. Growing up in Cerritos, California, Chef Arthur Gonzalez helped his German mother and his Oaxacan grandmother prepare meals growing up.”

“Vanessa and Chef came back to Southern California to work at McKenna’s On The Bay in Long Beach as Manager and Head Chef, respectively, with the goal of creating delicious, clean and simple food. Their success at McKenna’s led to the opening of seafood focused Roe on Second Street in Belmont Shore. Deciding to try something new, Vanessa and Chef opened Panxa, inspired by their Southwestern roots, together creating a menu authentic to New Mexico and influenced by his family’s cooking throughout his childhood.”

Chef Art continues the 5th Anniversary festivities with us,