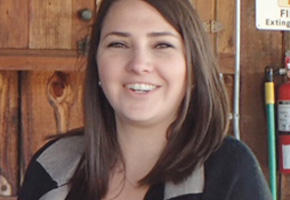 “In 2017, Andy and Kim Busch started a business in their 50’s which they knew nothing about. Andy, coming from a long line of beer barons, had worked not in the beverage business but rather at Grant’s Farm, the original prototype for the Busch Gardens parks started by his father, Gussie. Folded Hills Winery, Farmstead, Ranch focuses on top notch wine making rather than beer.”

“The Busch’s own Folded Hills, a working ranch, an integrated sustainable farm is located just outside of Santa Barbara in the Santa Ynez Valley. When they purchased a contiguous piece of farming property they learned that the original farmsteader had planted a pre-prohibition vineyard and made wine in the basement of his farmhouse.”

“This is a heart project for the Busches and they wanted to bring some of their mid-West roots and family heritage to the project. Many of the wines have names that harken back to their iconic St. Louis history.”

“Their award- winning Lilly Rosé is named for six generations of Lilly’s.” From Lilly Anheuser who married Adolphus Busch in 1861, to their 3 -year old grand-daughter, Lilly. The Grant Grenache is named for the family seat in St. Louis, Grant’s Farm, which was named for Ulysses S. Grant, the original farmsteader of the that land. The August Red and August White are named for Andy’s grandfather and father, August Busch Sr. And Jr. His father, August, Jr., or Gussie, was the one who gave his father the first Clydesdale hitch to celebrate the repeal of Prohibition in 1934.

“The Busches still ponder why they decided to launch a business that they knew so little about, so late in life, after their children had left home. But it is working. Folded Hills has won many awards for the wines which are grown organically, following the biodynamic calendar. The wines are hand-crafted in small batches with minimal intervention.”

“They have no commercial additives, minimal sulfur, no residual sugar and less than 1 gram of carbs. Just as Andy’s ancestors insisted before him, quality is the Folded Hills standard. The Busches create raves for guests to their two tasting rooms (at the vineyard estate and in Montecito), and have adopted Andy’s father, Gussie’s, motto,” making friends is our business”.”

Proprietress Kim Busch and General Manger Tymari Lore continue with us expanding on the unusual story of Folded Hills Winery.