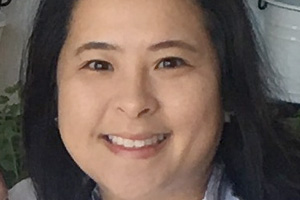 Chef / Proprietress Vanda Asapahu of Ayara Thai in Westchester is the Host Chef for the upcoming 5th Anniversary Masters of Taste benefit at the Rose Bowl. Originally scheduled for Sunday, April 5th it has been necessarily postponed. When that new date is established Chef Vanda will be back with us with all the delectable details. In the meantime Ayara Thai is open for Take-Out and Delivery and would love to serve you.

“Growing up in a Thai-Chinese community in the Samsen District along the banks of Bangkok’s Chao Phraya River, chef and restaurateur Andy Asapahu received his cooking and business prowess by helping his mother cook. Not only did Grandma’s (Andy’s mother) large batches of food feed her family of eight, but also those in the neighborhood, who would stop by to purchase her well-known curries.”

Anna, wife of Andy and self-taught chef, hails from the city of Lampang in the heart of northern Thailand and grew up in a family that primarily cooked with home and locally-grown fruits and vegetables. Since Ayara Thai’s opening day, head chef Anna remains a leader in the kitchen and continues her family tradition bWestchestery using home-grown herbs in the restaurant’s dishes. Reflecting both the dishes she ate in the past, as well as her family’s values in sustainable dining, she ensures dishes inspired and prepared with only the freshest ingredients that the season has to offer.”

“Today, the family traditions of Andy and Anna are continued and developed into the third generation, through their daughter Vanda. Living and working in Thailand for four years has given Vanda the experience to revive old family recipes, while traveling through the nation’s different regions has allowed her to discover new tastes and inspirations. After cooking with relatives and eating her way through the streets and countryside, it is these old recipes and new flavors that Vanda brought back to share at Ayara Thai.”

Chef Vanda is our guest with all the tempting menu details.