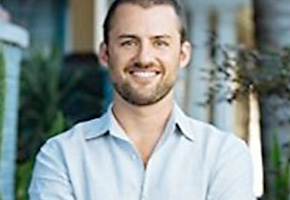 The Krewe of Redbeans in New Orleans was set to hold their annual “Bean Madness” competition for the fourth straight year when COVID 19 shut down most public gatherings. Restaurants and chefs, used to competing in the tournament for the title of Best Red Beans in the city, were instead facing another challenge: the prospect of shutting down altogether for an indefinite amount of time.

Devin De Wulf, organizer of the event and founder of the Krewe of Red Beans, shifted his focus on how to help the struggling restaurants with an assist from his wife, an ER doctor at local University Medical Center. Using as inspiration the story of how a batch of cookies boosted the morale of her entire department, Devin began ordering food for the hospital staff with lingering funds from the cancelled fundraiser.

Over the progressive several weeks, based on donations and logistical support from Krewe members, this grew to supporting some 49 restaurants while feeding front line medical workers in all 15 of New Orleans major hospitals.

Feed the Second Line, a sister effort to Feed the Front Line NOLA, was announced on Friday April 24th, which would have been the second day of New Orleans’ beloved Jazz & Heritage Festival. Feed the Second Line seeks to provide food-love and employment to The City’s culture-bearers — musicians, Mardi Gras Indians, Social Aid & Pleasure Club members, artists, and other cultural figures in the New Orleans community. The initiative pairs older, more vulnerable musicians and artists with their younger counterparts to assist them with shopping for their groceries and household needs. The benefits of this program are two-fold — providing much needed groceries for free to the venerated culture-bearers of this great city, with contactless delivery to protect them from public exposure during the pandemic, while providing employment to the younger generation losing weeks, possibly months, of paying gigs.

New Orleans food writer and cookbook author Mark C. Stevens (a spokesperson for Krewe of Red Beans) joins us with the inspirational details of these grass-roots efforts.