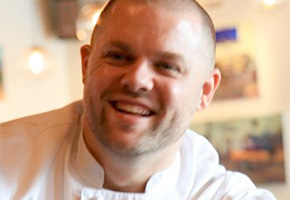 Locally owned and operated, The Upper West opened its doors in 2010 and not long after its arrival on Pico Boulevard in Santa Monica has emerged as a consistent local favorite. Upper West’s ever-changing menu draws inspiration from around the world while maintaining eclectic flavors of Chef Nick Shipp’s very own.

“Our dinner menu (currently served Tuesday through Sunday from 3:30 p.m. to 8:30 p.m.) is always evolving and includes ingredients sourced locally from the Santa Monica Farmers Market as well as local farmers such as Weiser Farms, Niman Ranch, Jimenez Family Farm and Harry’s Berries. Our chef, Nick Shipp, has been described by food critics as a “mad scientist, where no two dining experiences are ever alike.”

“Our wall decor changes regularly, as we host one local artist for each season of the year.”

Dine-in has returned at The Upper West. As the kitchen regains its capacity a new dish is introduced to the menu each Tuesday. Think Ahi Tuna Tacos… Happy Hour is back, too, with beverages only served Tuesday through Sunday from 5 to 7:00 p.m.

We entice Chef Nick away from his newly reopened kitchen for a chat.