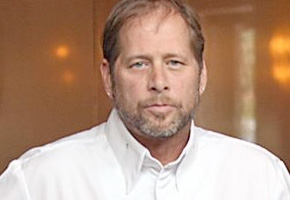 Newly released on Virtual Cinema is “A Chef’s Voyage.” The film follows Emmy (Mind of a Chef) and James Beard award-winning Chef David Kinch and his team from their 3 Star Michelin restaurant, Manresa, in Los Gatos, California for a one of a kind “four hands” collaboration in France with three legendary chefs at their iconic restaurants in Paris, Provence, and Marseille. The ambitious trip is a celebration of Manresa’s 15th Anniversary.

“As soon as the Manresa team arrives in France, the crew prepares to cook alongside chefs and teams from three of the country’s best starred restaurants, and esteemed Relais & Chateaux members: Le Taillevent, L’Oustau de Baumanière and Le Petit Nice. Even for Kinch’s highly proficient team, it’s difficult to navigate their host kitchens and represent Californian gourmet cuisine on Michelin’s home turf while jetlagged, on a tight schedule, and with a language barrier.”

“Reminiscent of a classic “Rock Doc,” A Chef’s Voyage (directed by Remi Anfosso) goes behind the scenes of their ‘voyage’ as they stage five dinner and four lunch events over the course of just 10 days in the world’s most cinematic venues, observing culinary superstars and their young and diverse supporting cast, and ultimately create something much more than food.”

“A Chef’s Voyage” officially opens on Virtual Cinema in North America on Friday September 18th. Chef Josiah Citrin of Melisse (a longtime friend of Chef David’s) is preparing a five-course, limited availability To-Go dinner package as a tribute to the release of “A Chef’s Voyage.” It includes a special dessert collaboration with celebrity pastry chef Sherry Yard, a multiple James Beard Award recipient. (Manresa’s accomplished Pastry Chef, Courtney Moisant, describes Sherry as her career inspiration in the film.) Order via Tock for availability on Sept. 17th through 20th only. The takeaway dinner package includes a virtual ticket to a home viewing of “A Chef’s Journey” via Laemmle Theaters Virtual Cinema.

Chef David Kinch sabors the celebratory Champagne and joins us.