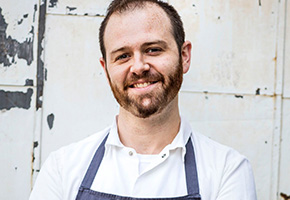 Newly arrived last year in Downtown Los Angeles in a tastefully restored Beaux Arts building is The Hoxton hotel with sister properties in Williamsburg, Portland, Chicago and International. Their 174 rooms are spread across four different size categories from Snug to Biggy, meaning there’s something to suit everyone. Destination restaurants located at Hoxton properties are a trademark. The Hoxton DTLA has Sibling Rival, the elevated, all-day restaurant located on the ground floor (temporarily closed,) and Pilot (service from 7:00 a.m.to 10:00 p.m.) on the rooftop (with eye-catching L.A. skyline views) which also includes the Pilot Bar adjacent to the pool.

All the rooftop food & beverage spaces (outdoors) at The Hoxton have reopened with the health and safety protocols securely in place. It’s Breakfast, Brunch, Happy Hour (2 to 6:00 p.m. Weekdays,) Mid-Afternoon and Dinner along with a Late Night menu. Many of the classic daytime menu items from Sibling Rival have temporarily migrated to Pilot until guests can again be served at Sibling Rival.

Pilot is named in tribute to The Hoxton, Downtown LA rooftop’s cameo in the 1921 film “Stranger than Fiction” where it served as the launch pad from which stuntman Frank Clarke and pilot Wally Timm flew their plane.

We’ll get all the updated specifics from Executive Chef John Taube who oversees the ample culinary portfolio.