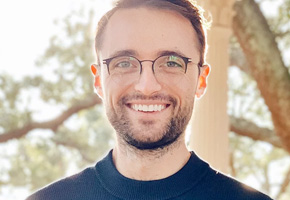 Newly released on Virtual Cinema is “A Chef’s Voyage.” The film follows Emmy (Mind of a Chef) and James Beard award-winning Chef David Kinch and his team from their 3 Star Michelin restaurant, Manresa, in Los Gatos, California for a one of a kind “four hands” collaboration in France with three legendary chefs at their iconic restaurants in Paris, Provence, and Marseille. The ambitious trip was a celebration of Manresa’s 15 Anniversary. The feature documentary was Directed (and Produced) by Rémi Anfosso. He joins us from France.

“Rémi Anfosso is a bi-lingual French director working in France and Los Angeles. A Chef’s Voyage (2020) is his feature film directorial debut. Other recent credits include directing/producing Love at First Heist (short/2016) with Attic Light Films, 1st assistant directing with producer Richard Linklater on I Dream Too Much (2015), starring Danielle Brooks and Diane Ladd, and producing with showrunner Nneka Onuorah on the Viceland documentary Queer & Fier(ce) (2019).”

“I believe that gastronomy, like any art, captures the real data on what it’s like to exist. In A Chef’s Voyage, it happens like a family affair: a quiet artist lives by a duty to exist and preserve his legacy within his “reassembled” family that is, his kitchen team. This is a tale of the land, the city and the sea, in which infinite labor meets loving creativity, thereby giving us faithful accounts on being alive.” – Rémi Anfosso