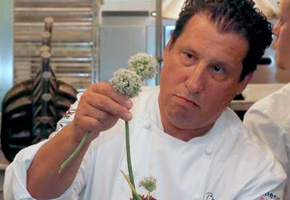 Time to revisit the progress of Team USA competing in the Bocuse d’Or International Culinary Competition at the end of the month (January 29 & 30) in Lyon, France. Team USA is defending “The Gold” from the 2017 competition. Chef Robert Sulatycky is the Head Coach for Team USA 2019. Team USA 2019’s Head Chef is Matthew Kirkley and his Commis is Mimi Chen.

Chef Robert Sulatycky has a long history with the Bocuse d’Or. Representing Canada in 1999, he placed fourth and was awarded the “Prix Viande,” or best meat prize. He has since mentored both Canadian and American chef candidates and was honored to be a member of the international jury for the 2007 and 2013 editions of the competition. He also served as Assistant Coach for Bocuse d’Or Team USA 2017, who won the first-ever gold medal for the United States.

Based on the draw Team USA will compete on the first day, January 29th.

Chef Robert rejoins us continuing his update on the long road to Lyon.

Chef Andrew Gruel, the founder of The Slapfish Restaurant Group, joins us with another installment of “Ask the Chef.”

Chef Andrew just returned from the Aquaculture Canada Conference in Quebec City. He was the Keynote Speaker there. Chef Andrew discussed the overview of the state of farm-raised salmon. We’ll get the highlights of his informed presentation. 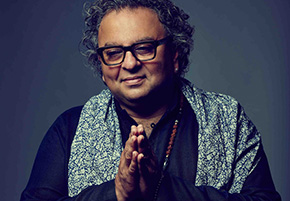 Vikram was born in 1964 in India and grew up in Amritsar and Bombay. His most vivid childhood memories revolve around food and family. He pursued this further by studying Hotel Management in Salzburg, Austria. After his studies, Vikram continued working at various fine dining restaurants in Austria and, in 1989, moved to Canada to work at the Banff Springs Hotel.

Meeru was born in India but moved to Washington, D.C. at a very young age with her parents. Prior to marrying Vikram and moving to Canada, she worked with various organizations in human rights and international development projects.

“Along with the kitchen staff’s dedication and our love of experimenting, Vij’s blossomed quickly and won its first award from Vancouver Magazine for Best Asian restaurant in March 1995. In September 1996, we moved to a larger location and Meeru took over the kitchen and the recipes for the most part. Vikram focused his efforts on the overall running of the restaurant, the presentation of the food and the wine list. In October 2001, Vikram became a certified Sommelier.”

Vikram’s biography, Vij’s: A Chef’s One-Way Ticket to Canada with Indian Spices in His Suitcase publishes on March 21st.

It’s National Seafood Month and as our Co-Host, Chef Andrew Gruel points out there is a massive deficit of seafood in the American diet. For example Americans, on average, only consume 16 pounds of seafood a year. Compare that to Japan where the average consumption per person is 170 pounds per year. “The SoCal Restaurant Show” encourages all of our listeners to enjoy more seafood as a part of their regular diet. It’s both tasty and healthy…

Mussels seem to be the forgotten and underappreciated mollusk in the United States. They are incredibly popular in Europe. The meat is a bit tougher than an oyster or clam but it’s still delicious with a mildly sweet flavor.

Mussels are an ancient food of early man going back over 20,000 years.

The “SoCal Restaurtant Show” was recently on Prince Edward Island in Canada. We enjoyed mussels there simply steamed in white wine, craft beer, and with tomatoes. The broth is equally delicious, too.

Our resident seafood authority, Chef Andrew Gruel, will spread the joy of mussels. They are really good eating. There is life beyond oysters !