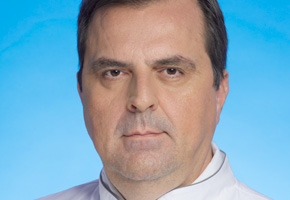 Distinguised and honored chef Pierre-Marie Leprince, a native of Brittany, France, is Princess Cruises’ Director of Guest Culinary Experience. He has been honored as a “Master Chef of France.” He is only one of 4 chefs around the world associated with a cruise line to be so honored.

With Princess Cruises leading the way the glory days of distinctive dining at sea have returned. No matter what a guest might be craving, there is a delicious, freshly-prepared option available aboard each Princess Cruises ship.

We chatted with Chef Leprince earlier this year after visiting his well-equipped research kitchen in Santa Clarita for a tasting and he now encores with us to discuss our cruise dining experience aboard Ruby Princess.

In this new elevated position Kelly concentrates on all the administrative sides of the job and all guest entertainment schedules. She is moving around the vessel to watch how all venues are running. She also keeps a firm eye on overall guest satisfaction. 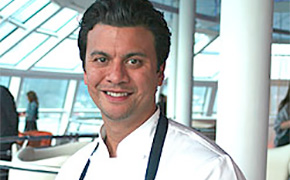 Celebrity Cruises and their executive chef, John Suley, are always innovating when it comes to dining on Celebrity’s modern fleet of 11 cruise ships. Now the coveted white truffle, “the diamond of the kitchen,” will be featured on very special menus on select Caribbean sailings in late November and early December.

Celebrity acquired two coveted white truffles (weighing 700 grams) at the recent World White Truffle Auction in Grinzane Cavour, Italy. The rare truffles are only available a few months of the year. Chef Suley returns to the show to talk about the mouthwatering dishes he’ll create which will showcase the extraordinary white truffles.

“Chef Suley and his culinary team will use the highly coveted truffles acquired at the auction to create an exclusive dining experience onboard Celebrity Equinox during a 10-night Caribbean cruise departing on Friday, Nov. 21st from Fort Lauderdale, Fla. Truffle-themed dinners will be available onboard Celebrity ships for select Caribbean sailings in late November and early December.

Plus, the winning delicacies will also be featured at the James Beard Foundation’s legendary James Beard House in New York on Monday, Nov. 24th, for a special truffle-and-wine-pairing event.” 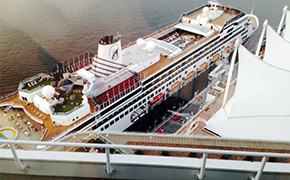 The “SoCal Restaurant Show” was aboard Holland America Line’s ms Zaandam last week on the Vancouver, BC to San Diego sailing of a longer 22-day Inca Discovery Tour ending in Valparaiso, Chile. Over the next few weeks we’ll be giving you an exclusive behind-the-scenes look at the key people who oversee this 716 room floating luxury hotel with some 1,400 guests aboard.

A key manager aboard the ms Zaandam is the Hotel Director. He’s basically responsible for everything other than moving, navigating, and maintaining the ship. He actually supervises more of the 615 crew members aboard than the Captain! Think of a luxury hotel General Manager who also oversees the preparation and serving of over 8,000 meals per day ranging from the casual to fine-dining.

Rene is also responsible for housekeeping, the cabin attendants and Shore Excursions.