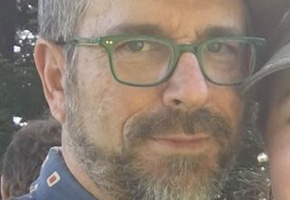 “Baker to the Stars” Mani Niall is fondly remembered for the groundbreaking Mani’s Bakery in Los Angeles launched in 1989. For the last 6 years he’s been the proprietor of Sweet Bar Bakery in Oakland which he sold last year.

Mani is also the creator of the intriguing fauxnut (an acclaimed, alternative donut that is not fried, low in fat and absolutely delicious.) It was developed for the actor Danny DeVito for the Oscar-nominated feature motion picture, Other People’s Money. (Mr. DeVito excludes refined sugar & junk food from his diet.)

“We take the time and effort to bake first and foremost for great taste, and also for a variety of health concerns – focusing as much on ingredient standards as on taste.” – Mani Niall

We’ll find out what’s on the rise with Chef Mani.

Our own Chef Andrew Gruel of the Slapfish Restaurant Group joins us with another informative “Ask the Chef” segment. He’s in Arlington, VA right now opening a Slapfish there. With the Summer grilling season on the horizon it’s great to have a real working chef in our corner always providing handy and practical advice!

A few years back Chef Andrew “rescued” Culver City’s Dear John’s (a neighborhood steakhouse & watering hole in Culver City with a colorful history) on FYI’s “Say it to My Face” restaurant makeover series that was back then down for the count with it’s subpar food and horrible social media reviews. Think frozen veggies for openers… 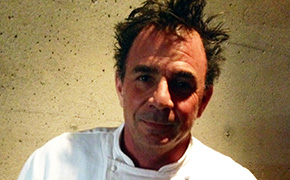 The 2nd Annual LA Chef Conference on May 20th in Santa Monica at ArcLight Cinemas and the Gourmandise School is part of the month-long Los Angeles Times Food Bowl. It features a veritable “who’s who” of notable culinary talent. The Conference is the main hospitality industry event of The Food Bowl featuring expert panels, restaurant business workshops and celebrity chef cooking demos.

Representing the LA Chef Conference is Chef Josiah Citrin (Openaire at The Line Hotel & Charcoal Venice) who is performing a cooking demonstration on May 20th @ 2:45 p.m. in support of his new cookbook, CHARCOAL: New Ways to Cook with Fire. 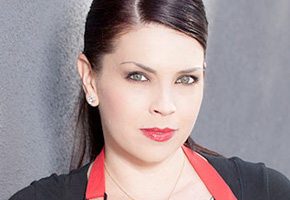 Share Our Strength’s No Kid Hungry campaign invites Los Angeles residents to sip and sample the area’s most celebrated culinary creations to help kids in need at this year’s Taste of the Nation for No Kid Hungry on June 3. Hosted at Culver City’s Media Park, the annual tasting event will feature gourmet cuisine and libations crafted by the city’s top chefs, sommeliers, and mixologists as they unite to raise funds to ensure all children in America have access to the healthy food they need, every day. One-hundred-percent of proceeds from the event benefit No Kid Hungry’s work to end childhood hunger in America.

One in six children in America struggles with hunger, including more than 1.8 million kids in California. No Kid Hungry is ending childhood hunger nationwide by ensuring that kids start the day with a nutritious breakfast and families learn the skills they need to shop and cook on a budget. Since the campaign’s launch, No Kid Hungry and its partners have connected kids struggling with hunger to more than 775 million meals.

Taste of the Nation for No Kid Hungry tickets are $110/adult and $25/child for General Admission. VIP tickets, including early access to the event and exclusive tastings, are available for $160. Executive Cabana packages, priced at $5,000, include 10 VIP tickets, a private cabana with seating for 10, and bottle and butler service. For additional information and to purchase tickets, please visit right here.

“Top Chef” Season 9 alum Chef Dakota Weiss (Sweetfin Poke) is the local Chef Chair. She joins us with all the delectable details. 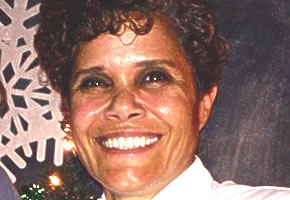 What’s Easter & Passover without some special Holiday sweets? Pastry Chef extraordinaire, Heather Roseborough, is the co-proprietress of the aptly named Crave Dessert Company in Marina del Rey. A selection of incredibly rich brownies and a crowd-pleasing German Chocolate Cake are among her specialties. Handling special orders, with advance notice, are their norm.

Chef Heather was the pastry chef at the original Ford’s Filling Station in Culver City. She also worked in the pastry department at Chef Tom Colicchio’s Craft, Century City

“We offer a wide range of desserts with unique flavors, customizable for a variety of private events and catering.”

“We specialize in small batch baking and offer a variety of house-made delicious desserts. We also love to tailor desserts for whatever your needs are. Stop by and see us, or call / e-mail to inquire about our custom desserts. We offer a large selection of gluten free desserts, too, which taste amazing!” 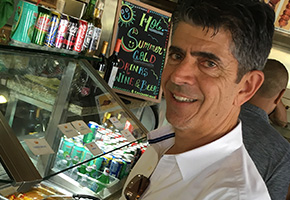 Francisco graciously shares his own recipe for his favorite Caipirinha, the preferred libation of Brazil. Just remember the base spirit, Cachaca, is more potent than you think…

At the age of 15, Chef Brendan Collins quit secondary school to follow his dream and enroll in culinary school, where he was classically trained in French technique. By 17, the talented Nottingham native had his first job at London’s La Gavroche, a Michelin two-star restaurant.

Chef Collins is performing a cooking demonstration on the Cooking Stage at 12 Noon with a recipe from his new book, Cooking Blokes & Artichokes with a prior book-signing at 10:30 a.m. The heart-felt forward is by Celebrity Chef Curtis Stone. Much earlier in their careers they worked together in the London kitchen of Marco Pierre White.

“Are you looking for tasty, no bullshit food? You’ve come to the right place. Cooking, Blokes + Artichokes is for every bloke searching for inspiration and a solid guide to good cooking. Brendan’s 100 straightforward recipes can help any modern man broaden his kitchen skills – from making proper vinaigrette to the foolproof technique for braising meat.”

The Hollywood Farmers Market and the parent non-profit, SEE-LA, are celebrating 25 successful years of providing the Los Angeles community with sustainable and fresh produce with special market events each Sunday in May. The Sunday event series for the balance of May features cookbook signings and demonstrations by a few of Los Angeles’ most celebrated chefs and cookbook authors 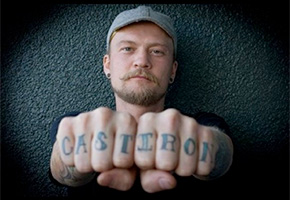 The Pacific Food & Beverage Museum is inaugurating “The Thoughtful Feast,” a new series of curated dinners that highlight the culinary heritage of Southern California, the Pacific Coast, American West, and beyond. The first dinner on April 11th will focus on a region of the American South that in the early 1700s developed a cosmopolitan cuisine, one that is not generally available in greater Los Angeles.

Host Chef Brian Dunsmoor of Hatchet Hall (the name is an unusual “tribute” to Carrie Nation, the ardent prohibitionist) in Culver City and The Pacific Food & Beverage’s Museum’s Philip Dobard are with us to set the ample table.

Charleston, South Carolina, was the South’s leading port in the Colonial Era, and the city’s wealth and trade links came to be expressed in a cuisine that included French, African, South Asian, and native foods and techniques. Chef Brian Dunsmoor of Hatchet Hall studied in Charleston and brings his personal experience to recreating a meal that would have been enjoyed in Colonial America but has flavors that are surprising and beguiling to a modern palate. Between courses, Chef Brian will explain the dishes and discuss the region’s culinary culture.

At the age of 15, Chef Brendan Collins quit secondary school to follow his dream and enroll in culinary school, where is was classically trained in French technique. By 17, the talented Nottingham native had his first job at London’s La Gavroche, a Michelin two-star restaurant. Today Collins is the Executive Chef and Proprietor of both Birch in Hollywood as well as the Executive Chef of The Corner Door in Culver City.

Drawing on his training in butchery and belief in using the whole animal, Collins is dedicated to using only the best ingredients and cooking food that he likes to eat. He combines impeccable French technique, seasonal California ingredients, and his inimitable “British lad” attitude to create a cuisine that is at once comforting and exciting, while maintaining a relaxed, English pub atmosphere

His newest project is a modest British pub, Butcher’s Dog, located in Sawtelle’s Little Tokyo on the Westside. It’s where he likes to go to relax and watch his favorite soccer team, Manchester United.

For the past three years, The Corner Door has been known as one of the best spots for cocktails in all of Southern California, filling both the bar and dining room with guests imbibing on their always seasonal and innovative beverage program. And now, with Executive Chef Brendan Collins at the helm of the kitchen, The Corner Door has introduced a completely new Dinner Menu with eats to match.

Collins, formerly the chef at such notable spots as Melisse, Anisette and Palihouse, opened his own acclaimed restaurant Waterloo & City just next to The Corner Door until he decided to close (and sell) it late last year. Though he was also working on his newly opened Hollywood restaurant, Birch, at the same time, Collins was deeply invested in Culver City. “It is a close-knit community, and all the restaurants are friends with each other,” he says. “I lived and worked in Culver City for seven years, and wanted to keep a connection with the neighborhood.“

As Executive Chef, Collins will be cooking at The Corner Door at least one day a week, but his longtime lieutenant and Chef de Cuisine Ali Haji has taken charge of day-to-day operations. Haji has worked with Collins continually for the last eight years, beginning at Mesa, in Costa Mesa. “I am closer to Ali than anyone, maybe even my own wife,” Collins says. “He knows what I like and the standards I like to keep; he is ready to step up and run his own kitchen.”

The Corner Door has a popular, and agreeably affordable, Happy Hour program every day. The signature Avocado Toast with burrata, radish, arugula, olive oil and sea salt is a modest $6.00.