General Manager Sara O’Shea was part of the opening team for the Golden Road Pub Anaheim (also a production brewery) located across the street from the E. Orangewood Ave., southern entrance t Angel Stadium. A highlight of the operation is their large outdoor Biergarden (with shade) which is again welcoming guests. Well-behaved canine friends can accompany their human parents.

The food is creatively elevated from the typical brew pub fare (there is a real chef (Henry) cooking in the kitchen) and there is always an intriguing variety of craft beers to sample. Think Korean Chicken Salad for openers along with Pork Belly Bahn Mi with sweet chili glaze.

Also on the extensive beer menu are eye-catching, limited production craft styles brewed right there that are exclusive to the Anaheim location. A current example is Happy Daze Double IPA with subtle flavors of candied berries, orange citrus and pineapple. It’s brewed with Southern Sublime hops from South Africa.

We’ll explore the menu with Sara and also find out how their “Big Game” viewing celebration went last Sunday afternoon. 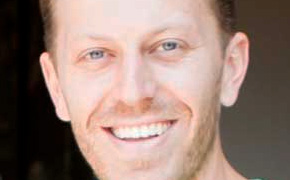 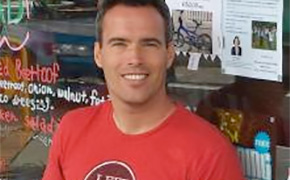 Left Coast Brewing Co. primarily distributes beer to bars and restaurants in kegs and bottles. The brewery also produces 8 full-time beers for the Oggi’s Pizza & Brewing Co. restaurants. They project to produce 15,000 barrels of beer in 2015.

They also operate a Taproom at The Brewery in San Clemente that is open at night on Weekdays and extended hours on Weekends. All of the year-round styles and the current seasonal beers are available to sample in 5 oz., 10 oz. and 16 oz. pours. All beers are available in half-gallon growlers to go. 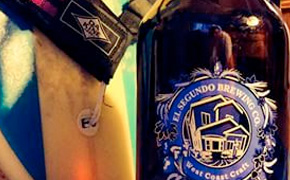 The kickoff event for always eagerly anticipated San Francisco Beer Week is The Bistro Double IPA Fest in Hayward. For the Third year our own El Segundo Brewing Co. entered their craft beers into this prestigious competition. Their Hammerland took the Gold!

“This competition which is in its 15th year, included 63 Double IPAs mainly from California, and all of them are in the best possible condition they could be. Most of the kegging dates are within a week, and many breweries brew beers specifically for this Fest. A win here, in our not so humble opinion, is a true distinction of having the best hoppy beer in the land.”

On Friday March 20th is a celebration of winning the Gold for Hammerland. Beer enthusiasts are invited to The Brewery in El Segundo. Beginning at Noon it’s a party with Hammerland bottles available for sale right off the bottling line.

In the “Saturday” section of The Los Angeles Times on February 21st El Segundo Brewing Co’s Mayberry IPA was their “Beer of the Month.”

ESBC’s certified Cicerone, Thomas Kelley, is with us to celebrate the big win and explain the significance of this huge honor!