All Porto’s Bakery and Café locations have reopened for dine-in at 50 per cent capacity. The locations are Burbank, Buena Park, Downey, Glendale and West Covina.

Be watching for the pending Northridge opening. In the meantime Porto’s has a bakery stand at the Northridge Farmers Market at Northridge Fashion Center every Wednesday night.

Porto’s Bake at Home ships their best-selling pastries nationwide. They are unbaked, frozen and come direct to you so you can bake them fresh in your own oven. “It’s like having a Porto’s Bakery in your home.” Popular items available include Cheese Rolls, Guava Cheese Strudel, Chicken Empanadas and Potato Balls. 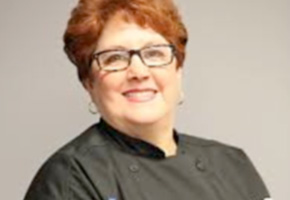 As restaurants are slowly reopening as allowed in the various Counties of Southern California, SoCal Gas has a host of valuable services available to restaurants and foodservice operators. This assistance includes the Food Service Equipment Center located within the Energy Resource Center in Downey. Also available are Energy Savings Programs and a variety of helpful Reopening Services.

“The Food Service Equipment Center, located at the Energy Resource Center in Downey, is a state-of-the-art kitchen and a great resource for any commercial foodservice customer. SoCalGas’ FSEC is the largest test kitchen for natural gas fired equipment in the country. You can attend webinars, learn about energy-efficient equipment and which equipment qualifies for a rebate.”

For restaurants and food service operators who would like to schedule a no cost, on-site inspection of your kitchen equipment with a SoCalGas Commercial Services Tech/CST call, 1-800-427-2000. 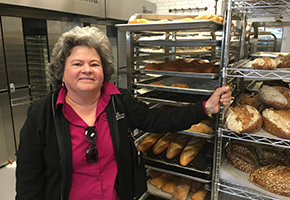 Porto’s Bakery & Café started modestly in the greater L.A. area in the 1960s and has grown steadily since then becoming a popular, local and revered institution. Founder Rosa Porto’s life took an unexpected turn back at the beginning when she and her family made the difficult decision to leave their beloved Cuba and emigrate to the United States. Out of a job, Rosa relied on her love of baking and began selling cakes out of her house for her neighbors and friends to support her family. Porto’s has gradually grown into five high-volume locations in Glendale, Burbank, Downey, Buena Park, and the newly opened West Covina.

Porto’s is now open for contactless ordering, payment and curbside pick-up. This can be done online or by phone. Also available is the convenient Porto’s Bake-At-Home.

Betty Porto, Vice President of Community and Guest Relations for Porto’s, is our guest.