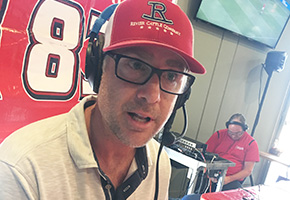 One of our resident Meatheads from West Coast Prime Meats, Jay Henderson, has decades of practical experience with center plate proteins and the intricacies of serving the Hospitality Industry. Restaurants have been severely impacted by the current health crisis. Jay has some perspective on how restaurants are coping with the growing crisis and still serving their guests.

It’s an especially difficult time to navigate the supermarkets right now (particularly with “Social Distancing”) and you want fresh proteins of the highest quality to cook at home in addition to your ability to take advantage of restaurant delivery/takeout. West Coast Prime Meats supplies the top restaurants and hotels in Southern California. Responding to the crisis they are now selling to the public for the very first time with next day pickup in their Brea facility between 10:00 a.m. and 3:00 p.m. For information please call them Monday through Thursday from 7 a.m. to 3 p.m.

You can conveniently obtain a wide range of superior proteins in case packs at fair prices with their usual, wonderful customer service. Available are Beef, Grinds & Patties, Poultry, Pork and even Seafood. Their exemplary sanitary practices are way above Industry requirements. Call them to get an Inventory List emailed to you. 714.255.8560.

New this Week is the option of Home Delivery on Thursdays with a minimum order of $100. (Need to order no later than the Wednesday before by 3:00 p.m.) Click on the “Order Online” tab on the Website’s Home Page which takes you to the Meat Shop subpage. The program is launching with Orange County delivery and will be expanded in the coming weeks. 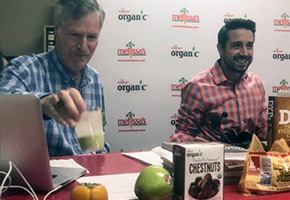 Our always informed Co-Host, Chef Andrew Gruel, encores with his “Ask the Chef” series. What’s the future of home-delivery meal kits like Blue Apron? Even the supermarkets are offering their own labels of these fresh, and ready-to-cook at home meal kits. Are they even a good deal for the money?

Chef Andrew weighs in. He certainly supports any honest effort that encourages people to cook together at home. 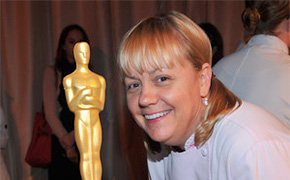 We resumed our conversation with Sherry Yard. After 20 years as Wolfgang Puck’s executive pastry chef for all his restaurants Sherry has departed for a new venture of her own. She has teamed up with Sang Yoon, the proprietor of Father’s Office and Lukhson both located at the former Helms Bakery site in Los Angeles. 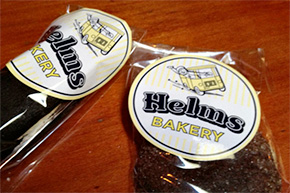 The ambitious new effort, The Helms Bakery, will start construction next month and has an anticipated opening in January of 2014. You might think of it as a pastry clubhouse with a broader menu of savory treats, too.

It’s a casual breakfast, lunch, and dinner spot with a welcoming vibe. It’s a café to come and linger. It will be a mini food hall with an array of appealing stations to choose from. The breads will be baked on the spot and also sold there at retail. They will roast their coffee beans on-site.

The original family-owned Helms Bakery opened on this site in 1931 and was the official bread of the 1932 Los Angeles Olympics. Their concept was home delivery to neighborhoods throughout Southern California in their distinctive yellow delivery trucks. All their baked goods were packed in the truck’s sliding oak drawers. The consumer looked at the various trays of incredible baked goods and picked what they wanted. Everything was delivered fresh that day and of the highest quality. The iconic Helms Bakery ceased operations in 1969. The buildings, and exteriors, were preserved for a new development which houses decorator showrooms and various creative businesses in addition to Father’s Office and Lukshon.

A museum chronicling the rich history of the Helms Bakery is located within the H.D. Buttercup showroom space on the property.