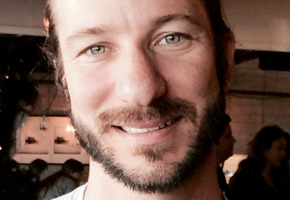 Sandwiches, made from fresh, premium ingredients, have come into their own as serious eats. In Spring 2014, when Sessions West Coast Deli opened its first location in Newport Beach, its owners had one mission: to serve the “best sandwiches to ever hit the lip.” As a neighborhood-casual concept designed to serve its immediate community, Sessions embraces the area’s surf culture as it presents a menu of gourmet, culinary-focused sandwiches in a relaxed environment.

“Unlike most sandwich shops in the region, Sessions proudly boasts a scratch kitchen with housemade sauces, sides, salads, and soups prepared daily. All sandwiches are made to order with fresh, locally grown produce; humanely and naturally raised meats; and locally baked bread delivered daily from local artisan, OC Baking Company. In addition, the restaurant proudly serves a selection of locally roasted coffee beverages from Kean Coffee.”

The two most popular sandwiches are the Summer Zephr and The Meddock Melee. A worthy burger is rumored to be on the way in addition to new locations.

Co-Founder Matt Meddock joins us to get between the bread slices and build a proper sandwich.